C(L)AT 2015 is finally out of the bag – for zero attempts in CLAT 2015 I secured 1 mark and it turns out that I have been cheated and should have been awarded at least 20 marks!

What hurts me the most is that it is so unfair to the future law aspirants. Spare a thought to those who received top 100 ranks. The whole episode has created unwarranted apprehension in their minds. However, I do believe that the process has to fair to everyone.

Sharing of the CLAT 2015 question paper and the answer key by RMLNLU is a step in the right direction and they should be lauded for the same. However it is still short of the standards set by IIT JEE and hopefully CLAT and other exam conducting bodies will follow what IIT JEE practices.

All CLAT 2015 candidates received a mail from clatsectionwisereport2015@admin.com on 23rd May 2015 containing a link that gave the candidate’s section-wise response for all questions in the test. However one cannot compare the CLAT 2015 question paper with the section-wise response since the sequence of questions in a computer based test is different for all candidates. Hence, I hope that CLAT authorities will release the questions paper and the response sheet of all candidates.

Category 1: Incorrect questions or answer choices that have affected the students’ scores and hence a corrective action is required.

Category 2: Errors in questions that could be ignored (ex – Q22 and Q23) because the students would possibly have been able to solve, regardless. Arguably, the students should be compensated.

Incorrect questions or answer choices that have harmed the students.

Q2. All options are incorrect.

Answer as per CLAT: BABBA

Q6. All options are incorrect

Sentence B: The noun or the reason cannot be counted. Hence the correct sentence should have been “Your stand is beyond all reason.”

In Sentences C & D respectively, there should be an indefinite article “a” before “friend” and “profitable”

Answer as per CLAT: Choice (D)

Q25. The answer choice by CLAT is incorrect.

Answer as per CLAT: Choice (B) Crazy : Insane

Q30. All choices are incorrect.

Answer as per CLAT: Choice (C) foreign change bankruptcy and paucity of funds with the government.

There is a typographical error – the word change should be replaced with exchange to get the correct answer.

Q35. The question is incorrect due to a typographical error.

Since the passage does not talk about the projectionist policy none of the choices can be marked.

If this is ignored and we choose to read Projectionist as Protectionist, even then the correct answer should be Choice (B) while CLAT has given the answer as Choice (D).

Q37. All choices are incorrect.

The passage does not have any reference to “Politicians”, it has only talked about the “Government” and to extrapolate Government to all Politicians will be incorrect.

The correct answer would have been: Indian government has been myopic in its vision of the country’s requirements.

If this is ignored and we choose to read Politicians as Policies or treat them equivalent to Government, even then there are two correct options – Choice (A) and Choice (C)

Q56. The answer choice by CLAT is incorrect.

Answer as per CLAT: Choice (A) Amazon

Q113. The answer choice by CLAT is incorrect.

Answer as per CLAT: Choice (C)

If Legal knowledge is applied then the idea is on competence to contract. A person of unsound mind (or of sound mind but in unsound state of mind at the time of contracting) is not competent to contract as per the provision. Mr. X was of unsound mind when he entered into a contract with Mr. Y as clearly stated in the facts. Hence, X cannot contract with Y in the instant case. Hence the correct answer should be Choice (A).

Q120. “Special offences” are not defined in the question and hence both Choice (B) and Choice (D) can be correct.

Q129. The answer choice by CLAT is incorrect.

Both the propositions are correct but R is not the correct explanation of A.

Answer as per CLAT: Choice (A)

Q168. All options are incorrect.

Answer as per CLAT: Cycle

W exchanged a Camera worth Rs.1500 with a Walkman worth Rs.700 from Z. Thus the exchange value of:

X exchanged a Chess Board worth Rs.500 with a Cycle worth Rs.1000 from Z. Thus the exchange value of:

In the last line in place of 26 it should be 46 due to which the set cannot be solved.

Q180. All choices are incorrect.

Answer as per CLAT: Choice (A)

Based on the definition given under Directions, Option A is incorrect. Statements A, B, C are judgments hence none of the choices are correct.

Q182. All options are incorrect.

A typographical error, in statement B instead of “wealth” it should have been “health”

Q184. All options are incorrect.

Choice (B) ACB would have been the answer if statement A was: “All software companies employ only knowledge workers”

If this explanation is ignored then Choice (D) ACE would also be correct.

Q185. The answer choice by CLAT is incorrect.

Answer as per CLAT: Choice (D)

Possibly this is the question for which marks have been given to all candidates.

Q187. The answer choice by CLAT is incorrect.

Answer as per CLAT: Choice (C)

Statement II in this question is unnecessary. The answer can be inferred from Statement I itself. Hence the correct choice is Option A

Q191. The question is incorrect.

Probably another typographical error – If FASHION is z64t7w then POSITION is ?

FASHION has 7 characters while its code has only 6 characters.

Q197. The answer choice by CLAT is incorrect.

The possible number of words from the word is LAPROSCOPY without changing the order of letters and using each letter only once is 3.

Correct answer:           Choice (C) 3 however other combinations are also possible and even this might not be the correct answer.

Incorrect questions or answer choices in which the error can possibly be ignored.

Q22. All options are incorrect: The word “but” should not have been underlined.

Q23. All options are incorrect: The words “no telling” should not have been underlined.

Q112. This is a question of reasoning and as per the directions Legal Knowledge should not be required for answering the question.

Q114. This is a question of reasoning and as per the directions Legal Knowledge should not be required for answering the question.

Q118. This is a question of reasoning and as per the directions Legal Knowledge should not be required for answering the question.

What should Candidates do?

I request all students to send a mail to CLAT authorities with the above and asking for corrective action. To make your task easier, a letter to CLAT Convener has been drafted along with the list of errors. Click here to download the letter and send it to helpdesk@clat.ac.in . You should fill in your personal details in the letter along with possible option (given below) that you want the CLAT authorities to take. Considering that the 1st indicative list of the selected students is still not out, you are requested to send the letter as early as possible. Larger the number of candidates writing to CLAT authorities higher is the chances of corrective action hence do ask all your friends who have taken CLAT to also send this mail.

The possible options in such a scenario for CLAT authorities are:

There is also an option IV, which is to do nothing! That however, seems to be an unfair option. The problem is – irrespective of the option that the authorities will finally chose, it has caused unnecessary heartaches to those young aspirants. This is absolutely unfair!

Our own effort to get to the bottom of this fiasco is still underway. I will come back and share more. I sincerely hope that we don’t have news worse than this. I hope C(L)AT 2015 did not come out of the bag before her time!!   Stay cued in for more.

All the best,
GP 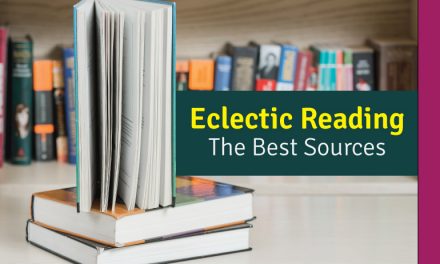