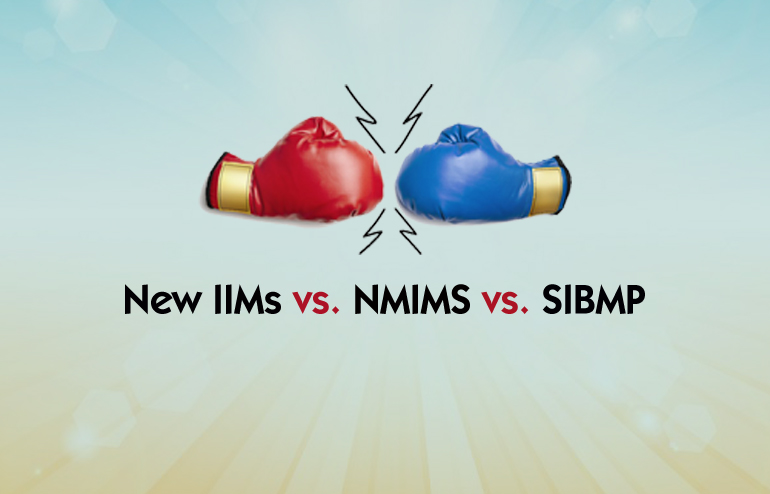 With NMIMS (Narsee Monjee Institute of Management Studies), SIBM P (Symbiosis Institute of Business Management) and new IIMs being ranked well and close to each other the dilemma plaguing many a student’s minds would be: Which institute to choose between nmims-vs-new-iims-vs-sibm-p

NMIMS and SIBM-P are the two institutes which are often pitted against the newer batch of the IIMs, which are included in the CAP (Common Admission Process). Is brand ‘IIM’ efficacious enough to trump these two seasoned B-schools? Lets look at nmims-vs-new-iims-vs-sibm-p

There are a lot of factors to be considered while evaluating a B-School. Placements are given the first priority by many students while choosing where to go. While not a bad parameter, it is definitely not a comprehensive one. Amidst reports of B-Schools exaggerating their placement claims, it is especially not advisable to not consider other factors. When it is the question of investing the next two years of your life, personal parameters also play a role. The broad parameters which should be looked at, are:

Since students have to decide between SIBM-P and NMIMS right now, here is a comparison between the two:

BATCH STRENGTH: SIBM scores over NMIMS here as the batch size of NMIMS is around 500 students, while that of SIBM remains around 180. Batch size creates rippling effect when it comes to placements.

COURSE FEE: NMIMS course fee is Rs.17.5 L (excluding hostel) and SIBM’s is Rs. 20 L (including hostel). The cost of living in Mumbai will bring the total cost to about the same level.

As for nmims-vs-new-iims-vs-sibm-p, even though they are new products in the market right now, they have gained their footing, thanks to the IIM name. The students that have secured placements in good companies may influence their recruitment managers to continue to recruit from the new IIMs they came from, by performing well and proving the merit of the institute.

Since the new IIMs are mentored by old ones, in-class learning experience is matched with the mentor IIM even though their campus may not be on par with the mentor IIM. For most of the new IIMs, their own campus is under construction and it won’t be long before they shift to their permanent campuses. The faculty that teaches at new IIMs in loaned to them by their mentor IIMs, so there is the assurance of best faculty.

Students in the newer IIMs can also register for any elective offered owing to the small batch size while the same elective may have restricted number of sections taught in the mentor IIMs. In the long run, brand IIM will take these institutes to heights. In true Apple fashion, an IIM is an IIM is an IIM..

All said, for nmims-vs-new-iims-vs-sibm-p, the final choice should be made on the basis of desired specialisation, if one is very sure of the specialisation one wants to pursue.

For Finance specialisation, IIM Ranchi and NMIMS should be preferred over the other institutes. This may not come as a surprise to many as IIM Ranchi is being mentored by IIM Calcutta, the known finance campus of India. NMIMS is situated in the finance capital of India, and hence, there are no second thoughts here. Placements are influenced a lot by location.

For Marketing specialisation, SIBM-P and IIM Udaipur are clear winners. In final placements of 2017, about 30% of the offers made were in the marketing role in SIBM-P. Time and again, marketing role has proved to be a major contributor in the placements in SIBM-P.

For Human Resources specialisation, SIBM-P and IIM Ranchi should be given preference. IIM Ranchi is emerging as the fastest growing new IIM, which has a lot to do with it being mentored by the oldest IIM!

For Operations role, IIM Ranchi and IIM Raipur should be chosen. 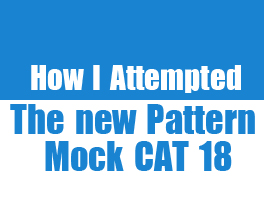