Destiny takes you where you are meant to land – Poorva, XLRI, Class of 2023 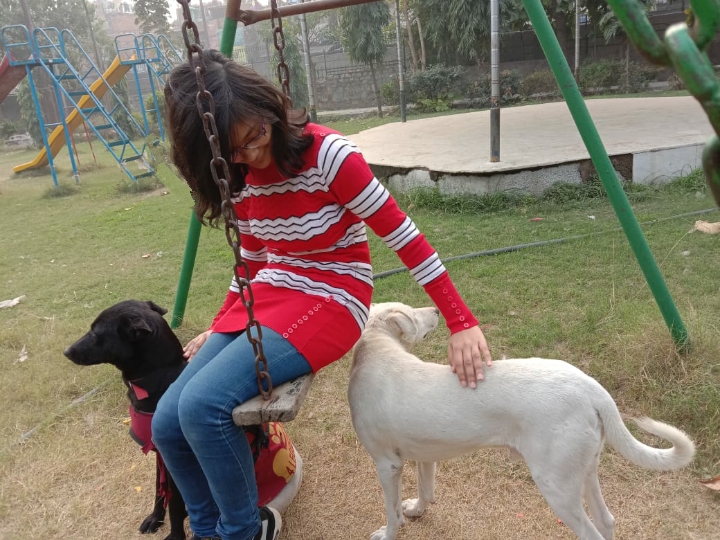 Destiny takes you where you’re meant to land: My CAT journey only reaffirmed this belief.

A bit about myself, I’m Poorva, meaning the wind that comes from east; and like the winds are calm and peaceful, I’m a calm and patient person for whom being at peace is the best state to be in. My interests and hobbies include skating, writing poetries, psychology, philosophy, listening to songs, adventure, and animals.

Graduating from Shri Ram College of Commerce, Bcom honours Batch of 2021, I have been in a habit of defying the general norms, be it as an SRite, a Delhite or an ambitious student of this generation, I’m not the usual one of them. This journey I took, for example, was also different from other academic achievers: a constant struggle to perform up to the required benchmarks.

I decided to go for MBA, because I felt it suited me the best, given my interests, preferences and inclinations as compared to the other options I had. Having that in mind, I joined CL’s CAT 2020 programme as a premium batch student, in August 2019 (way early, agreed!)

The classes started, and amidst the engineering students of top institutions, I started feeling myself as a misfit already, when they used to be ready with answers while I was just struggling to understand the questions. Soon, from the first bencher, I hopped to the very back, in the fear of being asked the answers to those Quant questions, that flew over my head.

I decided to talk to the Quant faculty, and that talk with Naveen sir, gave me the needed push. He made me understand the need to bridge the gap from the level of Quant I was at, to the level those engineers were at, and then move past them. I understood, I need to put in efforts albeit extra, but necessary.

2019 passed by quick, without having done much preparation. Came 2020 summers, when the series of mocks started, and my scores started demotivating me more. Every mock day, used to start from struggling to solve the paper, crying over the scores, picking myself up, and studying again for the week just to repeat the cycle again.

My QA percentile ranging between 70-80 started scaring me, when my aim was a 90+ in order to achieve a 99+ overall, which would give me the calls from the institutions I dreamt for. I thought VARC was my strength because of scoring bit better in it, but soon, all the three sections started pulling my confidence down.

That is when I had an interaction with Arkss sir, who gave me the needed plan and strategy to work on. I started studying according to the plan, got some confidence by doing more and more questions, but the bad mock score cycle went on.

Seeing the low VARC I decided to go for CL’s VARC1000 by Gejo sir, and that was indeed a decision worth it, the videos, live sessions, daily tasks, and sir’s interactions and ideas kept the learning fun.

Soon after starting that course in August 2020, I was happy to see my VARC scores coming back up, LRDI fluctuated, QA was constant, but on 70-80 sadly. I told myself, that these mock scores are not a reflection of my actual scores, and they are just meant for learning from my mistakes. I started devoting more time to QA, (doing topic tests, section tests) thinking it might give me a struggle to clear the sectionals. Giving more time to QA was sure a good decision but taking that time from the other two sections was disastrous (a mistake I realised after seeing my CAT’20 score card).

While I was still trying to pull up my scores, the news of change of pattern came, along with the most difficult month I had: September, when my parents were down with Covid.

Another mistake I did, was focusing on LR and not DI, because I didn’t like it, which of course had me pay for it when the actual paper had a lot of DI, and very less LR. Soon the dreaded month, November was there, and my QA was still stagnant at low scores with other two sections fluctuating. Here, I left everything was doing, and blindly followed the plan Arks sir gave in his session for the last month, and it worked really well. I studied according to it, I gave mocks according to it, I attempted the past papers according to it, just the perfect plan I needed at that time.

The CAT day was in front of me, ready with a totally unexpected level of difficulty.

I started the VARC section, and my mind went blank, having given 10 minutes to that one passage and still not comprehending it, I marked some questions as per my partial understanding. Having wasted the start, the panic was getting on me, and I just made it to the end of VARC, not having any idea how I did.

LRDI was a total mess. More DI, less LR, just what I was not prepared for, could hardly complete 2 sets. QA started and I remembered what the mentors said always: do not let the past sections affect the one you’re doing, and thankfully I did that section well. So ironically, the section I was most dreaded of, was my best attempt.

The answer key was there, and seeing so low scores, I didn’t know what to expect, except a failed CAT’20 attempt with no intention or will to sit for another year. I started seeing the percentile predictors and gauging my calls, CL giving me the highest and eventually the closest: 97.4%ile.

The result had me confused, I was not sure if I should be elated at a 97.05 percentile overall (though still lesser than what I aimed for), or fret over a 77%ile in LRDI, which would make me face the struggle of clearing sectionals.

What I was surely happy about was my QA: a whooping 99.4%ile, reassuring me of what I thought earlier: mock scores are not at all the reflection of actual scores. While this also showed in a low VARC: 83%ile.

So, my scorecard was full of ironies:

My weakness scoring the best, strength way low. The section I used to score worse in, I scored the highest, and similarly the tables turned for my VARC scores as well. The section I thought would make me struggle for clearing the sectionals, drove my overall to a decent level.

Not so sure of CAT, I started preparing for XAT in December, and it turned out to be worse than CAT: a 91.39%ile. While I wasn’t even sure of getting a call from XLRI, today it’s the BSchool I’ll hopefully convert.

Seeing the sectionals needed, my chances at IIM C, L, I was gone. What was left was: A, B, K for which my overall was less. But given my profile of a Non-Engineer female with acads: 10/97.2/9.24 (10th/12th/Graduation) I was very happy to get a call from IIM K. I got it for IIM B’s PGPBA course as well, and IIM S, apart from the new IIMs.

Getting a call from XLRI HR, was again unexpected at such a low percentile, which was the reason I thought I won’t be able to convert it, but would anyway give my best.

The next step: interview preparation, made me realize more things I lacked: GK being at the top. I was enrolled in the PDP Personalised programme by CL, and the first interaction with my mentor Shivku sir, taught me the steps I needed to take to better prepare for the interviews. I started looking at the GK, Academics, hobbies, etc.

The first interview for CAP colleges went real bad, where I got stuck at the questions on my hobbies. The next was IIM K, the one I wanted to convert, ended up being a stress interview where I fumbled on the GK questions.

The next was XLRI, which became my best interview because I was neither asked on my acads, nor GK, it revolved around my calm and poetic personality I mentioned in the intro.

IIM S again went bad when I was not able to answer questions on Acads. Then was IIMB PGPBA, it was a decent one.

I would recommend the future aspirants that go through your life journey, present yourself in the interview such that you will be able to answer with facts and evidence of whatever you say. What learning I got, was that interview preps should not be started only after you get calls, it should start along with your CAT preps: reading newspapers, pursuing your hobbies, brushing up your acads. This will make you well verse with things from the beginning.

Having spare time in hand waiting for the results, I started my internship at Deloitte, which helped me distract from the anxiety of waiting for results. Finally the results started pouring in, all at once.

One day, three results, all three waitlisted, with B and S’s waitlist such high that it wouldn’t convert. All hopes I had been on XLRI’s waitlist to get cleared, ironically the one I had least expectations of converting.

I started seeing the data and clinged on to the hopes that I will convert.

First list came with a very good number of people converting the waitlist, keeping my hopes even higher, such that I might have the chances of conversion in the next list itself. But the second waitlist movement thrashed all hopes, and I started doubting will I even convert in the final list.

I didn’t have a backup plan, I didn’t want to drop, I don’t want a job, all I wanted was this college to convert.

With more waitlists to come, I think I can be certain of the conversion.

Thus, coming back to the line I started with: destiny and exceptions. All the general norms were purely against me getting into XLRI HR: a low percentile, having less knowledge of GK required for interviews, a not so HR bent. But everything that happened, bought me closer to where I was meant to land at: getting the call at such a low percentile, and then an interview with no Acads, no GK, no why HR, why MBA.

I was sure of not going into the marketing, and soon finance also started to appear less interesting, and thus I would be open to venture into this unexplored territory of HR, given my interest in psychology, bringing a change and influencing/advising people, ready to take the challenges that’ll come across.

Hope this detailed story was not boring and helps the readers to not commit the mistakes I did. 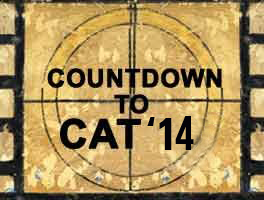 To Predict or not to Predict?

When you come out of the storm you won’t be the same person who walked in – Chirayata, Class of 2023, IIMB