“Failure will never overtake me if my determination to succeed is strong enough.” – Harish Tankala, IIMC, Class of 2023

People called me a joker, nature made me a ‘JOKAR’

This is my first story apart from the Instagram stories I post daily so pardon any mistakes in hinglish :p. I Never even dreamt I would be in a position to write such a story if not for a super human mentor SREENI sir. I’ll explain later why I called him so. will tell you about my past a bit and later tell you how I made it to IIM Calcutta. 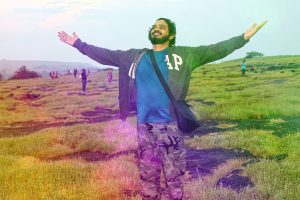 I am Harish and I come from a humble background from a small village named Rajam in AndhraPradesh. Right from my childhood I was used to being called Mr.manager because I was never interested in studies despite being one of the brightest kids in my gang and all that I did was to manage(jugaad) and pass my exams.

All the while I was very keen on observing things around me, thanks to my parents one constant thing that they taught right from my childhood was to be a good human no matter what and to be connected with nature.

Somehow, I cracked JEE mains and entered a college named IIIT Allahabad (har har mahadev shambo shankara!) Like most of the kids hailing from our state, I was forced to take the then/now crazed IT as my discipline …right after the 1st month only I got to know this was not my cup of tea. I tried my best to leave the college, but family pressure held me there. So, I decided to chill for the next 4years and all I did was to be mediocre enough to pass the exams and was more inclined towards sports and event managements and parties :p

It was during my 4th year of college FOMO hit in and I started to panic, but being a big fan of MS Dhoni inspired me to stick to the ‘process’ no matter what! I gathered all my courage and told my family that I am not going to sit for placements and instead search for a managerial role outside of college.

Somehow, I managed to find a small trainee position for a bare 9k per month whereas most of my friends were earning more than 10times of what I earn. During my training days, I started emphasising on developing my skills (soft skills, leadership skills also technical skills just to be sure that I’m market ready for any change) after 1 year of training I had 2 job opportunities in my hand ( backend developer with 13lpa and a business development executive with 5lpa ) and I opted for the later keeping my big picture in mind, all the while I was interested in starting a small business of my own.

With the savings I made and with family support, me and my friend started a small dine in restaurant in Bangalore. 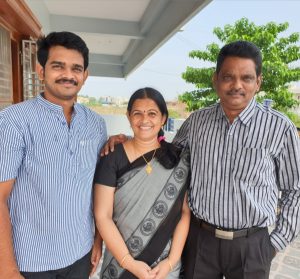 We thought it would be an easy ride and expand it exponentially, but once we stepped in, we understood the difficulty in the process of running a single small restaurant…we tried all that we could to sustain the business but failed for whatever reasons.

I never blame anyone or any circumstance for the failure of my restaurant but instead noted all the points where I could have done better. That is where MBA came into picture. After interacting with a few IIM graduates I understood being street smart is not just enough to work on things and I needed fundamental knowledge and discipline to become successful as an entrepreneur. So, I gave CAT 2019 and my performance was an utter disaster (84 percentile) What next? Family pressure started to divert me from my goal, and they were forcing me to go to baby iims despite being from a tier 1 engineering college.

Again, I gathered up all my courage and also thanks to Covid, I again managed to push them for one last chance and gave my 100 percent(time, energy, integrity) to my preparation, gave 20+ CL mocks and around 15 other mocks and I got 97.8 percentile: VA-RC 73, DI-LR 98.5, QUANT 98.4. Expected a 99+ but my verbal performance was a disaster, scoring ‘-5 ‘ in my first 20 minutes. But I didn’t lose hope after my disastrous verbal section. I closed my eyes for a minute , visualised MS Dhoni’s (process is important, not the result ) and JOS BUTLER’s (f**k it ) and gave my best in the next 2 sections. Non-cricket fans please read their stories and you’ll understand what I meant.

My dream college was IIM Kozhikode, as it was the only old iims which would accept my kind of profile and also that campus stole my heart. I enrolled in the Career Launcher’s PDP program to get some insights on how to prepare for the interview. Now, this moment became the ‘pivot of my life’, this man Sreeni sir became the ‘mentor of my life’…ask me why? 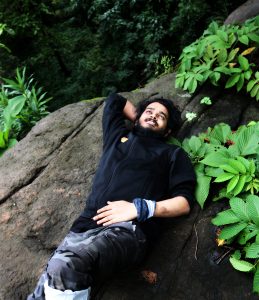 I guess, I was the last person to interact with him after enrolment because, I was frightened after seeing his profile on sreeni.org; how a loser like me could go and face such a super talented person. My friends pushed me to go and interact and the first interaction was a disaster 🤣 I thought of hiding my restaurant experience thinking that it was a failure and only said about my work ex thinking it to be professional. Later after a constructive humiliation :p by sreeni sir, I took a pause and told him my actual story, my thought process , my goal and my values. It was then I got to know his thought process and philosophies exactly matched mine and how PDP wasn’t meant for interviews and the name itself says ‘Personality (not profile) Development Program.’

We started our discussion with WHAT I want to do in my life (IKIGAI), WHERE do I see myself by 2030, HOW am I planning to achieve that goal. One line I want to share here from my interaction with sreeni sir which would last forever in my mind’s eye is “ROTI, KAPDA, MAKAAN!”  When you have these basic survival necessities in your lives, why is there still fear of chasing your goal??? This hit me deep.

After a few sessions of fine tuning, I felt I’m ready (not for the interviews, but for life). Yes, I was ready for life!

I got interview calls from CAP, IIT KGP, IIT DELHI, IIM CALCUTTA, IIM KOZHIKODE (interviewed in the given order)

Now I’ll explain why I called sreeni sir a super human in the start. In all the interviews I have given, I was in some or the other way tested exactly by what sreeni sir mentioned they would be testing… no one has asked me about the work-ex I had, the very moment I told them I started a small business they started pouring questions on WHY, HOW and WHAT of the business. When I openly said the reasons why I failed, I was shocked to see the interviewers empathizing me and said they want failed entrepreneurs. I was surprised …yes, society needs failed entrepreneurs because they are the ones who know what not to do !

I converted all the above mentioned colleges. IIM Calcutta, man…. never in my wildest dreams did I think I would get an admit from there.. leave alone admit, I never even thought I would be interviewed by them. I want to share my Calcutta interview experience here but that would be too much for you to read. But believe me it was full of MAGICAL events. I was almost asked the same questions sreeni sir told, I was directly asked a question which a friend randomly discussed with me the previous day. I was asked the exact news topic which I just read randomly that morning (I don’t read newspapers generally) … everything was magical.

Finally, to end this I would like to put three sayings of my all-time favourite Shri Abdul Kalam Ji:

“Every pain gives a lesson, every lesson changes a person ”

“Failure will never overtake me if my determination to succeed is strong enough.”