I hope that the story I share below is of assistance to the future MBA aspirants, or for that matter anyone who seeks guidance in general.

Before leaving his home in Rocky 4, Sylvester Stallone (playing Rocky) tells his son- “Going in one more round when you don’t think you can, that’s what makes all the difference in your life.”

I was born and brought up in Delhi. I completed Higher Secondary Education from St. Xavier’s School, Delhi and later graduated from Delhi Technological University in 2018 as an Electronics and Communication Engineer. I scored 95% in class X, 97.4% in class XII and 83.73% in Engineering. I have always believed that good marks shall never harm one in any way, and one must always work hard towards what is there in one’s hands, than neglecting it in pursuit of any future prospect. 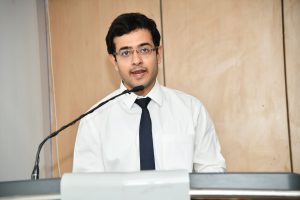 Doing an MBA has always been a goal. I wanted to first work for two years to get some practical experience and then proceed towards MBA. I received a job offer from Airtel for a supply chain management role in the first week of my 4th year, and I later joined the Career Launcher classroom program in 2017. My target was CAT 2019, and joined coaching earlier because I had enough time to apply towards the same.
As I joined Airtel in June 2018, I devoted all my time towards my work there. I received quick appreciation and received the task of sourcing contact centre services for all India Airtel mobility customers.

I appeared for CAT 2018(with no practice at all) and scored above 97%ile. I performed exceedingly well in VARC and QA, but poorly in LRDI, leading to the lower percentile. The 95+ %ile did boost my confidence though for the target CAT 2019.

I took up the role of strategist to Airtel SCM Head in January 2019. I was soon working closely with the leaders, building SCM agenda, closing strategic agreements. There was so much to learn every day. Another aspect of Airtel supply chain department is the young people I got to work with. I had people who graduated from IIMA, IIMB, SPJIMR, IIMI in my team, and in addition, colleagues from IIMC, NITIE and FMS. It was an open and a very supportive atmosphere and almost all knew about my aspiration to go for an MBA the next year.

I prepared for CAT 2019 in a very elaborate manner. I had the evening slot on the day of the exam. I found the VARC section to be quite difficult, and in addition, I could not focus well due to the inappropriate seating (these conditions also matter). I knew after the first hour that I did not perform well enough in the VARC section. Anyway, as the results were announced, I repeated my CAT 2018 performance with almost the same overall percentile (marginally higher though), only that VARC and LRDI chose to exchange their places. The only satisfaction was that I had scored 99+ both the times in QA.

Being a GEM, I did not receive any call other than the profile based call from SPJIMR Mumbai for SCM branch. I went to Mumbai for the interview, knowing perfectly well that this was the only option I had. To my surprise, the only question I was asked in the round 1 of the group interview was the one that a finance candidate could not answer, related to a specific finance theorem. Though I did well in the round 2, I knew that somehow I will not make it, owing to the pretty bad round 1. I got waitlisted by SPJIMR(WL 68- with probability of admission=0)

Heartbroken, I decided not to appear for CAT again. All my colleagues (including my juniors from DTU now) at Airtel were keen to know my result. It was very difficult for me to answer their never ending questions. Some seniors suggested me to leave my job and prepare, I did not want to do that. 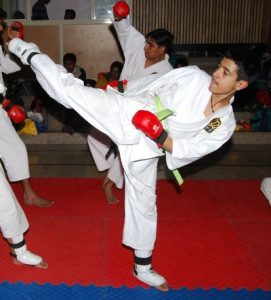 I again shifted my focus to handling the new role of managing all India sourcing and materials management of unlicensed band solution at Airtel. With Covid, and Amphan and Nisagra cyclones, I had a lot to do. The leaders were very happy with my performance and I received the highest percentage share of variable pay from among my teammates.

In August, I decided to appear for GMAT in October end and apply to ISB. I discussed with my family and friends and decided to try for CAT once again. I decided to devote the August and September time to GMAT prep and the rest to CAT mocks. I appeared for online GMAT twice, the second one on 8th November (in a gap of one month), scoring 700(Q51, V34).

I also quit my job at Airtel in July with offers from Delhivery and Tata Communications. I chose Tata with the opinion that the work load at a start-up would not allow me time to prepare. I was wrong. Work pressure at Tata was immense. I was handling global procurement for Tata Communication’s five of the highest revenue generating businesses. As long as there was sun shining anywhere on earth, there were people trying to reach me and therefore I had work to do. I devoted myself to CAT prep completely on weekends.
I knew my QA was strong enough to score good, and my VA had immensely improved from the GMAT prep. I had it in me, I ONLY needed to work on my IMPLEMENTATION PLAN now. I bought CL test series on October 18th, appeared for around 12 mocks and analysed them thoroughly. I focused more on quality than quantity this time. On the day of the exam, I had a proper strategy this time for each section and I strictly adhered to these.

I scored 99.42 %ile and received calls from all the institutes apart from IIMA and IIMC. Joining CL PDPP was an important step to convert a good percentile into an admit. The “Who am I” session by Sreeni Sir, the well targeted sessions by Arks sir provided the right guidance. “Who am I” in Sreeni sir’s voice still plays in my head and compels me to reflect. I read ‘The Hindu’ daily along with attending the CL GK sessions to stay up to date.

As Satya Sir and GP Sir (I have always been in awe of GP sir) say- not converting even a single call is a crime; I started my interview prep with Rahul Reddy Sir’s guidance. I appeared for each interview with the same rigour and converted all my calls in the first go. The IIMB interview revolved around my decision to enter supply chain domain after B.Tech., ongoing general affairs in the country, and the IIMB application SOP.

In the end, here are a few things to keep in mind:

Perseverance is the key. Effort, with faith and courage shall get you what you strive for.
To score high, good implementation on the CAT day is as important as good preparation.

Stay positive and humble, we are all together

Convert your SNAP’12 percentile into score

MBA Admissions and Impact of COVID-19

Four things you must never-ever do with an RC passage

Class XII Board Exams – To Hold or Not to Hold?